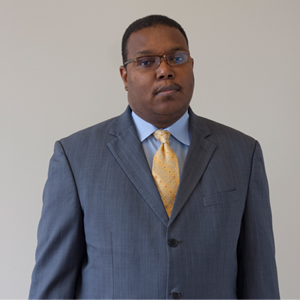 Eric J. Davis, Trial Chief, joined the Public Defender’s Office in September 2011. He has been a practicing attorney since 1994. Prior to joining the PDO, Mr. Davis was a criminal defense lawyer in private practice. He has tried over 100 cases to verdict as lead counsel, winning over 80 percent of them. In 2006, Mr. Davis received an "Unsung Hero Award" from the Harris County Criminal Lawyers Association. In that same year, he received the "Man of the Year Award" from the Houston Business and Professional Women's Association, and helped free a man who had been wrongfully imprisoned for over 18 years for an alleged sexual assault of a child.

Prior to representing criminal defendants, Mr. Davis served as a prosecutor for three years. His last year was spent in a child sexual abuse unit, where he focused exclusively on prosecuting child sexual abuse cases. In 2003, Mr. Davis received a commendation from the Texas State Legislature for his service as Special Counsel to the Texas State Commission on Judicial Conduct. Mr. Davis was lead counsel for the Commission to remove a judge from office who was mistreating citizens by wrongfully jailing them and addressing them in an abusive manner in court. Mr. Davis graduated from Tulane University Law School with honors in 1994. He graduated from Howard University magna cum laude in 1991 with a major in Political Science and a minor in Chemistry. He is also a graduate and staff member of Gerry Spence's Trial Lawyer's College.