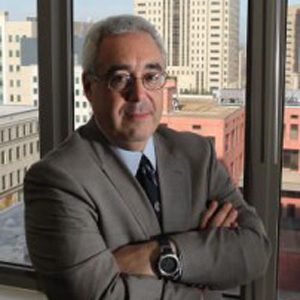 Alex Bunin is the Chief Public Defender for Harris County, Texas, an office he established in 2010. Previously, he was the Federal Public Defender for the Northern District of New York. In 1999, he was appointed by the United States Court of Appeals for the Second Circuit to establish Federal Public Defender offices in the Districts of Northern New York and Vermont and he was twice reappointed to additional four-year terms. In 1995, before relocating to New York, he established and managed the federal defender organization in the Southern District of Alabama in Mobile. From 1993 to 1995, he was an Assistant Federal Public Defender in the Eastern District of Texas in Beaumont. From 1986 to 1993, he was in private practice in Houston, Texas. He earned Board Certification in Criminal Law and Criminal Appellate Law from the Texas Board of Legal Specialization. In over 30 years as a criminal defense lawyer, Mr. Bunin has tried many cases, including federal capital murder and complex white collar fraud. He received the Champion of Public Defense Award from the National Association of Criminal Defense Lawyers, the Thurgood Marshall Award for capital litigation from the New York City Bar Association and the Torch of Liberty Award from the Harris County Criminal Lawyers Association. He was an Adjunct Professor at Albany Law School of Union University from 2003-10. He sits on the Advisory Board of THE CHAMPION magazine and the CRIMINAL JUSTICE MAGAZINE of the American Bar Association. He served on the National Association of Criminal Defense Lawyers’ Board of Directors (2012-15), Executive Committee (2013-14), and committees on Federal Rules, Forensic Sciences, and Fourth Amendment Advocacy. He is Vice-Chair of the Texas Criminal Defense Lawyers Association’s Public Defender Committee and a Senior Fellow of the American Leadership Forum. As well as having written law review articles on federal sentencing and the death penalty, he is co-author of O’CONNOR’S FEDERAL CRIMINAL RULES & CODES  (Jones McClure 2016).